Luckow designed and produced the graphics for this booth. The booth structure was provided. The guiding theme was “Breaking the Terabit Barrier”. BLADE was acquired by IBM immediately after this tradeshow.

BLADE Network Technologies, based in Santa Clara, California, was a supplier of Ethernet network switches for blade servers and server and storage data center racks. BLADE became part of IBM System Networking in 2010. 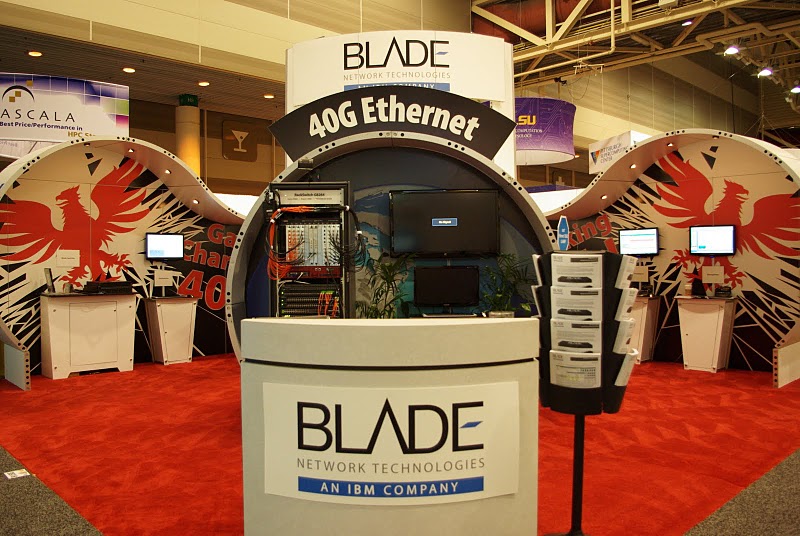 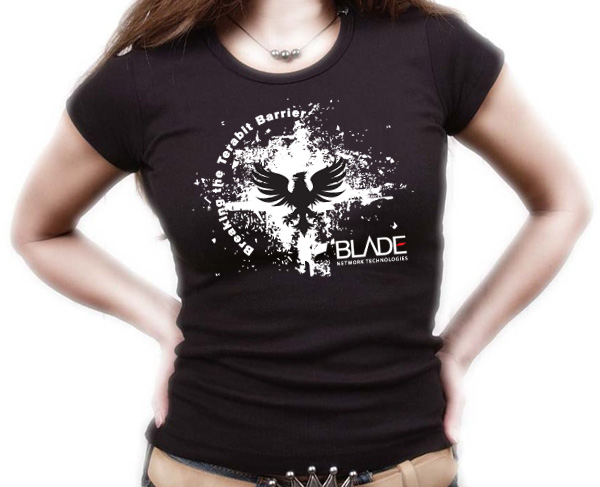 T-shirt designed by Luckow for giveaway. 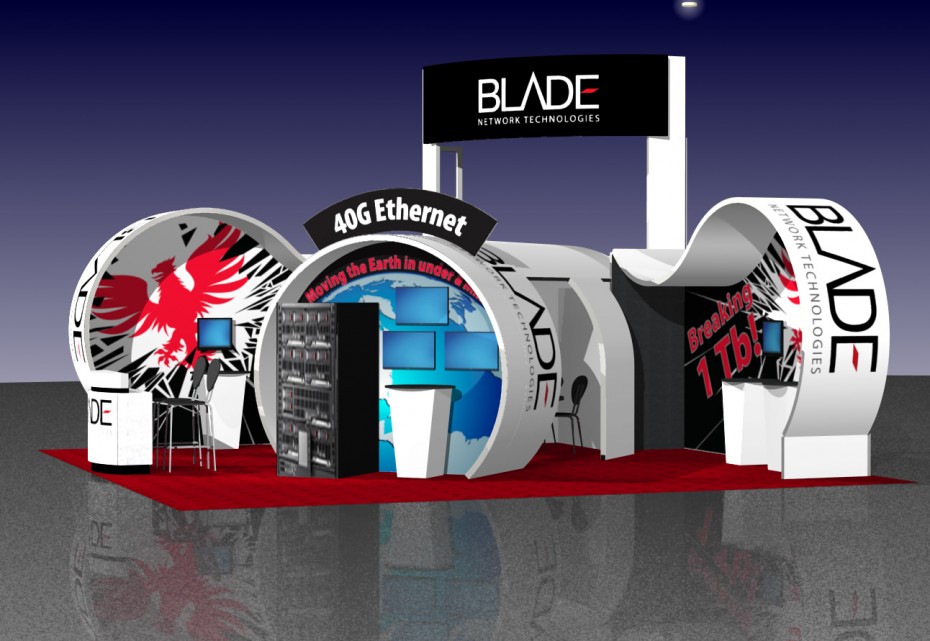 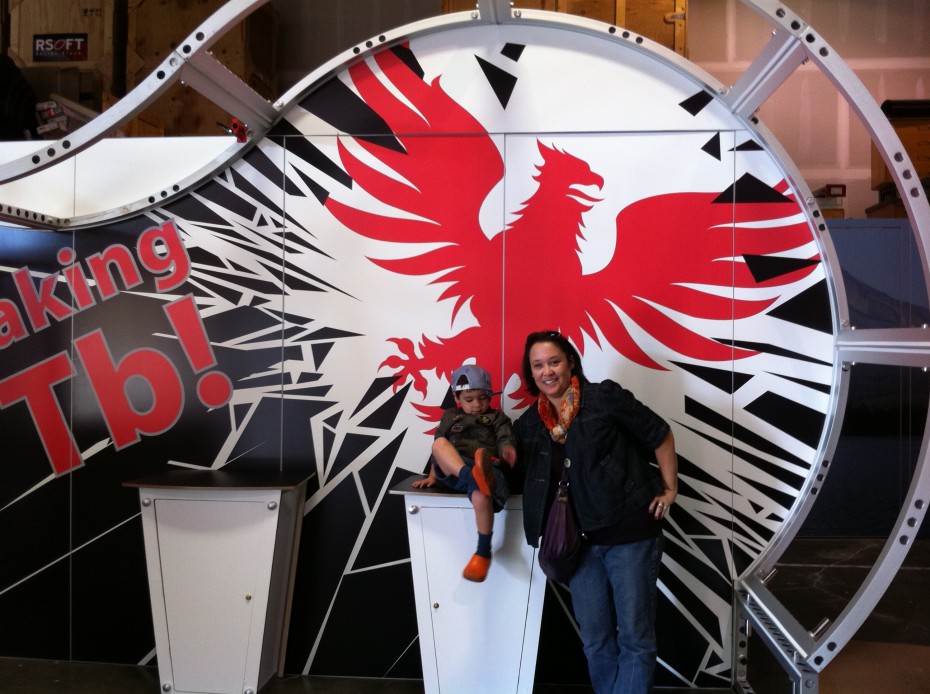 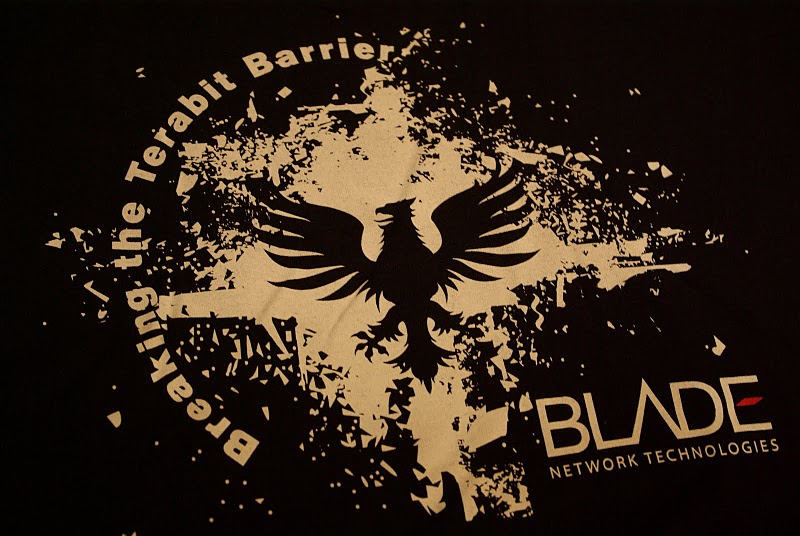 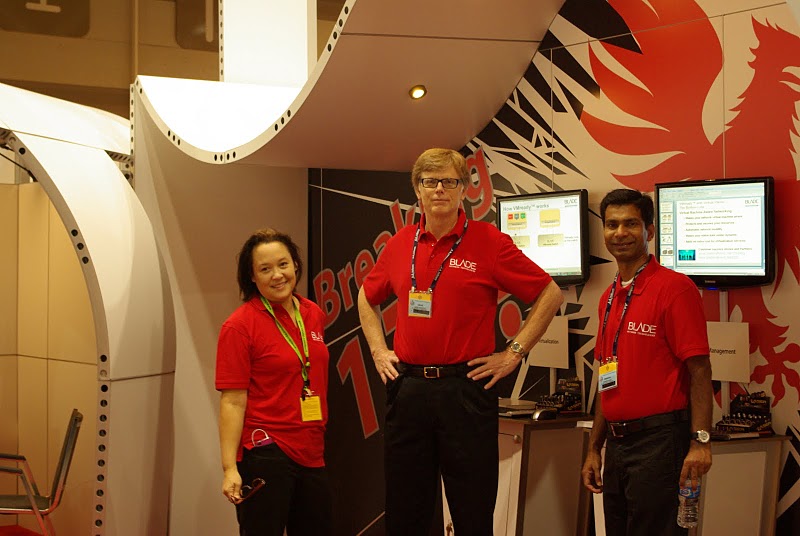 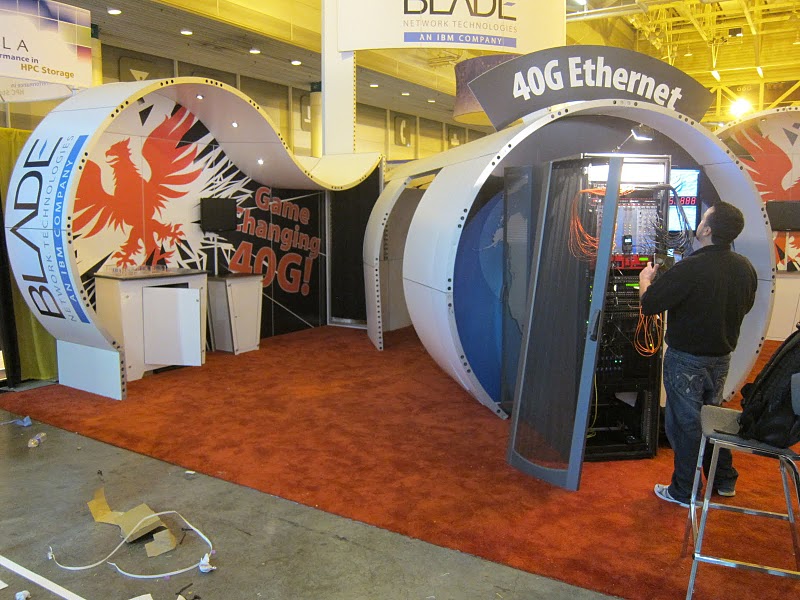 Booth set up.
At Luckow Design, you speak directly to the designer, not an account manager.
Luckow Design Studios is located in Santa Cruz county California.