Designed to be shown as a promotional video to corporate executives encouraging them to support the webcam-for-TV product code named “Wolverine”. Shot and composited in HD. This product later became the Logitech HDTV Cam which Luckow also worked on. 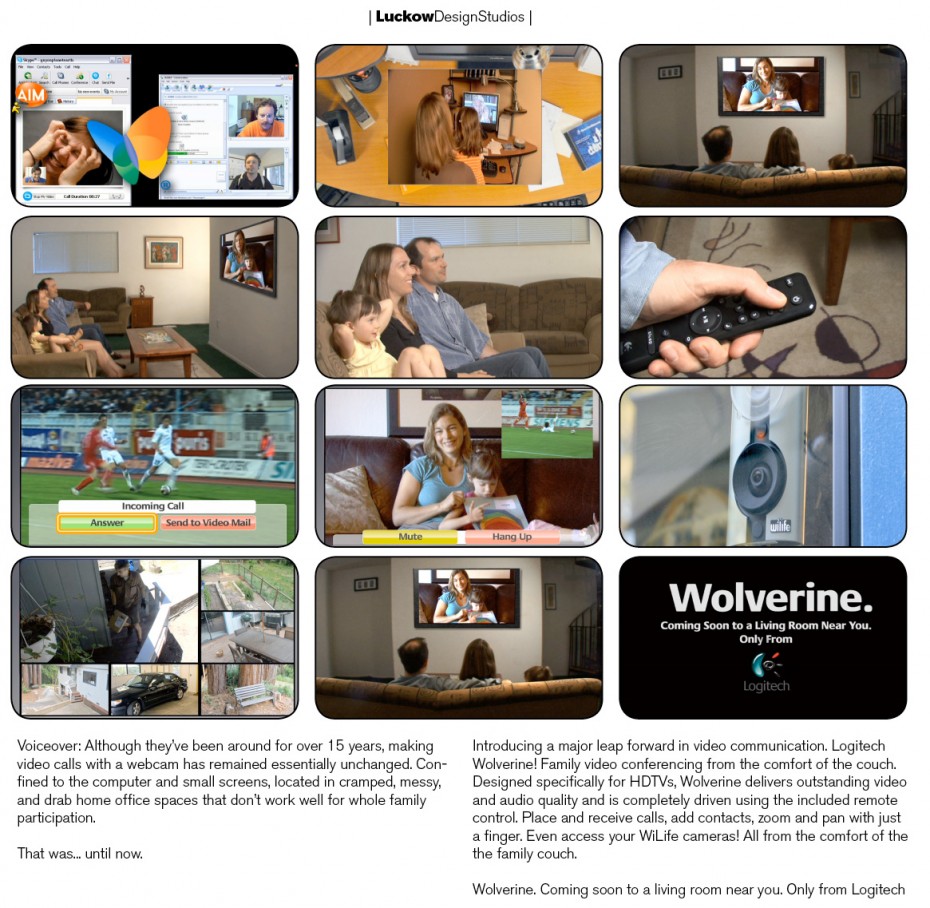