Used for tradeshow display and given away with product purchase. Shown are front and back. The difficulty was in showning examples of all the plug-ins as a hanging reference. The front of the poster, “Film Bytes” is designed using “Golden Mean” proportions. Luckow did all copywriting as well. 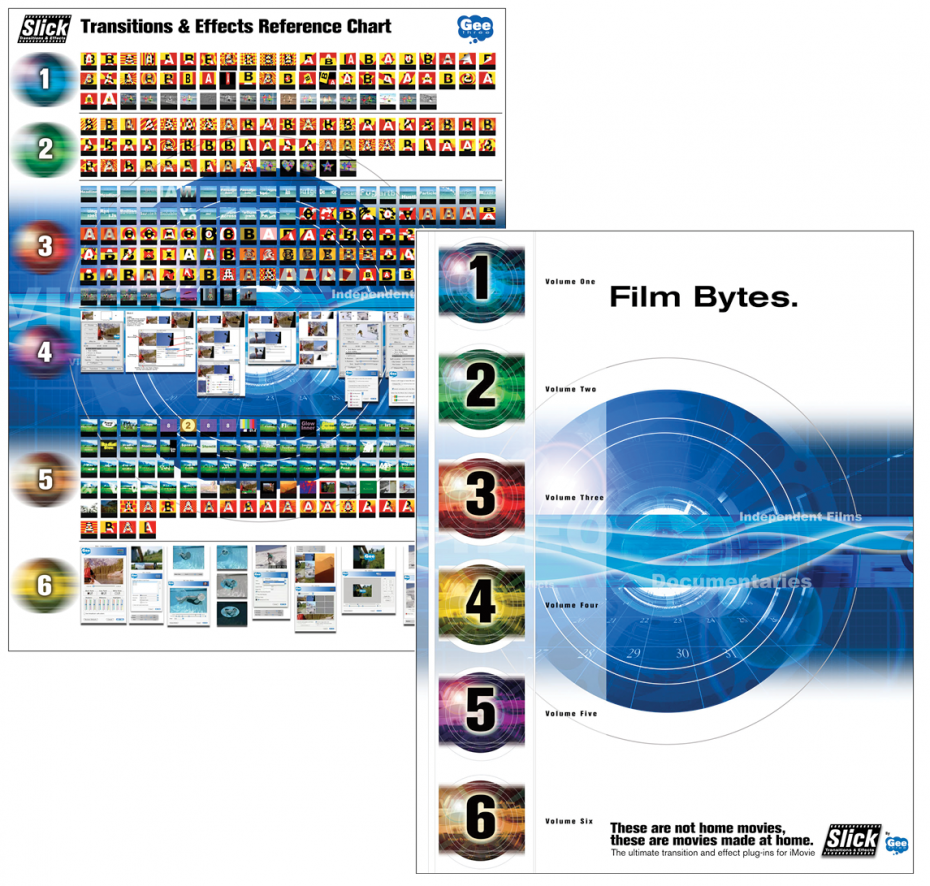